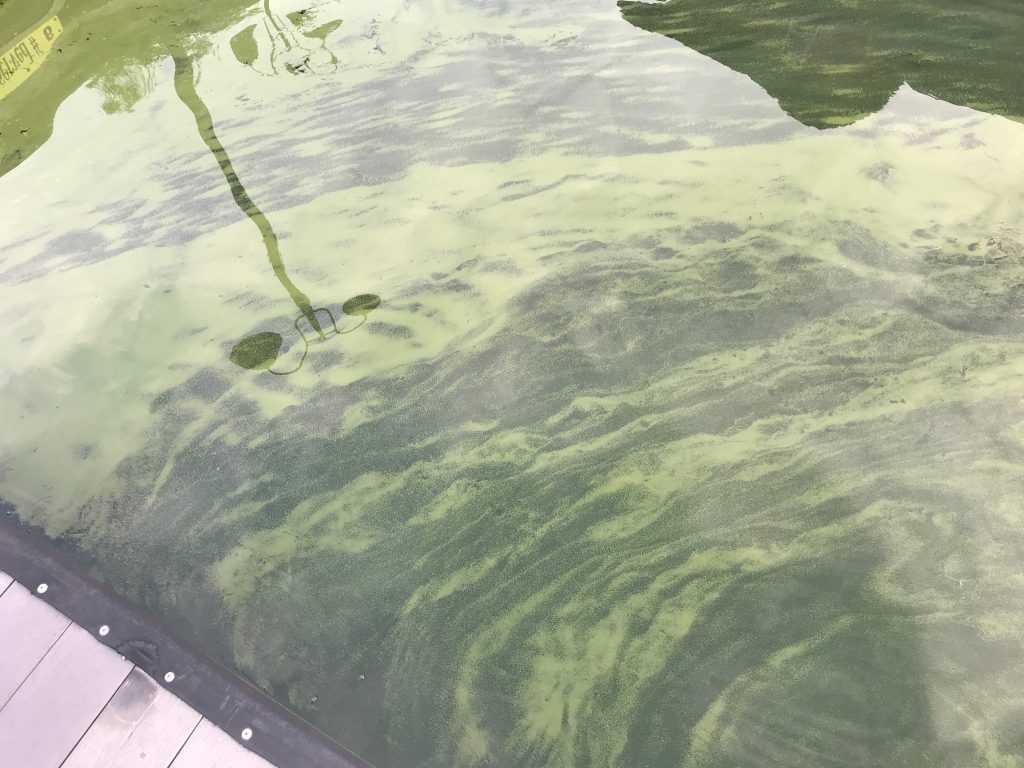 The NJDEP has issued the following advisory regarding harmful algal blooms in Lake Hopatcong.

“A previous notification was sent detailing the results of a confirmed harmful algal bloom (HAB) in Byram Bay at Pebble Beach and Sand Harbor Beach.  Since the last message, NJDEP has received multiple reports of suspected HABs at Lake Hopatcong, mostly from residents and private marinas in the Byram Bay Area, Crescent Cove/ River Styx Area, Van Every area.  Because a HAB was confirmed in Byram Bay there may be HABs in other parts of the lake.  The NJDEP will make every effort to evaluate HAB reports at bathing beaches and public recreational areas and take appropriate action when necessary.  In general, residents should be advised that if a suspected HAB is observed from private access to the Lake or elsewhere:  Do not drink or have contact with the water including, but not limited to, swimming, wading, and watersports.  Fish caught in this waterbody should not be eaten.  Pets and livestock should not contact or drink the water.”

To report a suspected harmful algal bloom that you believe has not already been reported: 1-877-WARN-DEP